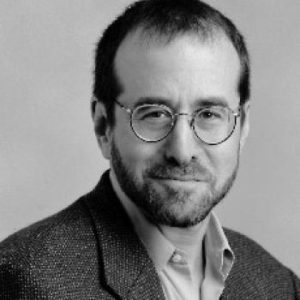 New York University professor Mark Crispin Miller simply asked his students to do research on masking before they believed the narrative of the mainstream media. After all, he was teaching a class called “Mass Persuasion and Propaganda.” The very idea of the class is to foster recognition of the tools of persuasion and propaganda that are a daily part of the students’ society, culture, and news media. For this, one student reported Miller to the administration, demanding, on Twitter, that he be fired. This is not the first time Miller has been called before an NYU board, as you will hear on this episode of “The Midnight Writer News Show.” Miller joins S.T. Patrick to discuss the controversy, the efficacy of masking, the devolution of the left, the failures of the media, and much more.

Mark Crispin Miller operates a popular daily mailing list that can and should be followed at MarkCrispinMiller.com. You can sign the petition to “Support Academic Freedom” here. Miller is also the editor of the Forbidden Bookshelf series from Open Road Media. He is the author of Boxed In: The Culture of Television (1988), Seeing Through Movies (edited, 1990), The Bush Dyslexicon: Observations on a National Disorder (2001), Cruel and Unusual: Bush/Cheney’s New World Order (2004), and Fooled Again: How the Right Stole the 2004 Election and Why They’ll Steal the Next One Too (Unless We Stop Them) (2005).

Hello, everyone. We have been in the midst of a state-to-state move that has been nothing short of challenging. It's lasted longer than we'd … END_OF_DOCUMENT_TOKEN_TO_BE_REPLACED

This is the 2018 Midnight Writer News Show theme song. There will be new clips in the 2019 version. Stay tuned for more! Thank you for … END_OF_DOCUMENT_TOKEN_TO_BE_REPLACED

The JFK Historical Group will host its annual conference on April 5-7, 2019 in Olney, IL. at Olney Central College. Speakers, to date, include: … END_OF_DOCUMENT_TOKEN_TO_BE_REPLACED

Regarding the audio stopping at the 9:21 mark of MWN Episode 048 - RFK Must Die - The Assassination of Bobby Kennedy..... (NOTE: For those who … END_OF_DOCUMENT_TOKEN_TO_BE_REPLACED

The 2017 theme song from the Midnight Writer News Show is now available for download, as well as for your listening pleasure. The 2018 theme will … END_OF_DOCUMENT_TOKEN_TO_BE_REPLACED

In a recent interview, Henry Kissinger advised that the United States should not rush into defeating ISIS and similar groups since it could, … END_OF_DOCUMENT_TOKEN_TO_BE_REPLACED

When David Ray Griffin first released The New Pearl Harbor in 2004, it was the premiere book to ask, as its subtitle states, "disturbing … END_OF_DOCUMENT_TOKEN_TO_BE_REPLACED

Randy Benson's documentary The Searchers (2017) is an excellent look at the early researchers and research associated with the John F. Kennedy … END_OF_DOCUMENT_TOKEN_TO_BE_REPLACED