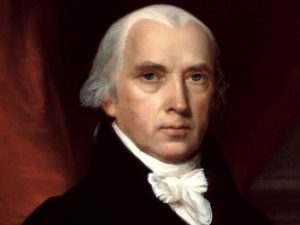 Somehow, two schools of thought have emerged on the right to keep and bear arms. One school believes that the 2nd Amendment is an individual right that guarantees each person the right to posses and carry a firearm for self-defense and for the defense of the nation. The second school argues the right is a collective right that leaves states in charge of deciding how best to regulate gun ownership. The first school is based on the “original intent” of the Founders, while the second is derived from the role of the militia and the 2nd Amendment’s introductory clause regarding the use thereof. Fortunately, a simple and brief examination of history shows us why the individual right theory is correct and how the collective right theory is flawed and inaccurate.

Let us first begin with a basic truth: the Founders based our system of government on the theory of natural law. As such, this secures an individual’s right to life, liberty, and property. Notice that the first right afforded protection is that of life. If an individual is unable to defend his life, then it is impossible for him to safeguard his right to life.  The next two protected rights are those of liberty and property. Yet, without one’s life, one is neither able to exercise his liberties, nor acquire property. Therefore, an individual must have a right to self-defense if he is to enjoy the fruits of natural law. For the Founders, the belief in the right of self-defense was axiomatic under God’s law (natural law) and one’s unalienable rights.

The protection of individual rights was the sole purpose for establishing the Bill of Rights. When focusing on the first ten amendments, one notices the phrase “the right of the people” is mentioned four times.  Each time it is referenced, the phrase is rooted in the protection of the individual. The 1st Amendment protects the individual’s right to join a peaceful protest and to petition the government for redress of grievances. Furthermore, it protects the individual’s right to print, to speak, and to worship freely.

In each of these amendments, the phrase “the right of the people” is predicated upon an individual right. To argue that the 2nd Amendment’s use of the phrase somehow refers to a collective right – when it clearly refers to an individual right everywhere else – is illogical, absurd, and intellectually dishonest. The 2nd Amendment is not steeped in some obscure exception to the rule.

Despite this, the most common argument used to support the collective right theory is none other than the words of the 2nd Amendment itself, which states: “A well regulated Militia, being necessary to the security of a free state, the right of the people to keep and bear arms shall not be infringed.”

The collective right theorists argue that because the militia and defense of the state are referred to in the introductory clause, this places the right to keep and bear arms in the hands of the state’s military bodies (i.e. the National Guard, state police, etc.). They contend that it is the right of the state to oversee such entities. However, three major problems exist with this line of reasoning.

First, in order to make the argument that the 2nd Amendment refers solely to the militia, one must begin by acknowledging what “the militia” consisted of – a body comprised of “the people.” It is important to recognize the people since a state is physically unable to bear arms – only individuals have the ability to “bear” (which literally means to carry, to show visibly).

The second problem is in the flawed belief that states have actual “rights.” Individuals have rights. States only have powers and authority. Power and authority can equal control, but they do not equal a right. To claim otherwise shows a complete lack in understanding what constitutes an actual right.

The third problem – and perhaps the most significant – is that the militia/state argument entirely ignores original intent. Those familiar with part one of this series will recall the citing of “Federalist No. 46.” In it, James Madison underscored the importance of the militia when he spoke of its role as the best protector against the tyranny of a centralized authority’s standing army.

While attempting to allay the people’s fear, Madison did something noteworthy. He expounded upon the individual’s right to keep and bear arms. Madison wrote, “Americans have the right and the advantage of being armed – unlike the citizens of other countries, whose governments are afraid to trust the people with arms (emphasis added).

The importance of this context cannot be understated.  Madison states “Americans,” meaning the individual American citizen. We know this is correct because he makes a direct comparison between Americans and “the citizens” of other countries. Furthermore, he reiterates this comparison when he emphasizes that other governments do not trust “the people” with arms.

Nowhere in that statement is Madison referring to the militia or the standing armies in other countries. He is clearly comparing “Americans” to the individual “citizens” and “people” of other nations. In this context, it is unquestionable that the original intent of the Founders was explicitly aimed at preserving the individual’s right to keep and bear arms.

This was well understood not only by the people, but also by the courts of the past. One prime example is the 1857 case of Dred Scott. Although Scott’s case did not pertain to the 2nd Amendment, Chief Judge Roger Taney understood that citizenship for blacks “would give to persons of the Negro race…the right to…keep and carry arms wherever they went.” Was Taney referring to black militias when he wrote his opinion? No.  The chief judge was unmistakably referring to the rights of individual African-Americans who would be guaranteed the same rights as every other American citizen, including the right to keep and bear arms.

Whether focusing on the judicial opinion in Dred Scott, the original intent found in “Federalist No. 46,” or Pennsylvania’s original charter (which stated that “the people have a right to bear arms for the defense of themselves and that state.”), one thing becomes evident: the 2nd Amendment is unquestionably an individual right. And like any other right, the right to keep and bear arms lies solely in the hands of each citizen and not in the hands of an entity or state. To argue otherwise is to do nothing more than defend a defeated position and express willful ignorance in the face of the historical record.

Hello, everyone. We have been in the midst of a state-to-state move that has been nothing short of challenging. It's lasted longer than we'd … END_OF_DOCUMENT_TOKEN_TO_BE_REPLACED

This is the 2018 Midnight Writer News Show theme song. There will be new clips in the 2019 version. Stay tuned for more! Thank you for … END_OF_DOCUMENT_TOKEN_TO_BE_REPLACED

The JFK Historical Group will host its annual conference on April 5-7, 2019 in Olney, IL. at Olney Central College. Speakers, to date, include: … END_OF_DOCUMENT_TOKEN_TO_BE_REPLACED

Regarding the audio stopping at the 9:21 mark of MWN Episode 048 - RFK Must Die - The Assassination of Bobby Kennedy..... (NOTE: For those who … END_OF_DOCUMENT_TOKEN_TO_BE_REPLACED

The 2017 theme song from the Midnight Writer News Show is now available for download, as well as for your listening pleasure. The 2018 theme will … END_OF_DOCUMENT_TOKEN_TO_BE_REPLACED

In a recent interview, Henry Kissinger advised that the United States should not rush into defeating ISIS and similar groups since it could, … END_OF_DOCUMENT_TOKEN_TO_BE_REPLACED

When David Ray Griffin first released The New Pearl Harbor in 2004, it was the premiere book to ask, as its subtitle states, "disturbing … END_OF_DOCUMENT_TOKEN_TO_BE_REPLACED

Randy Benson's documentary The Searchers (2017) is an excellent look at the early researchers and research associated with the John F. Kennedy … END_OF_DOCUMENT_TOKEN_TO_BE_REPLACED