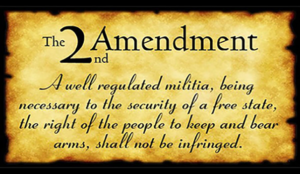 For too long now the idea of the militia has been dismissed as antiquated and useless. However, many recent events have highlighted the importance of having a local military force comprised of soldiers who will stand in defense of their citizens and towns against an abusive, corrupt, and tyrannical government. Before I make the case for the resurgence of the local militia, it is important to briefly revisit their significance in American history and the way they were viewed by some of the most prominent figures of the times.

When focusing on the purpose of the militia, proper historical context is key. American History 101:  we should all be familiar with the role of militias during the Revolutionary War.  So instead, let us move to the era of the Constitution’s ratification.  In the “Letters of Brutus,” the anti-Federalists warned about the dangers of standing armies being able to subvert the government, emphasizing Oliver Cromwell’s Britain and Julius Caesar’s Rome.  One of their greatest fears was a powerful central government that could trample on the rights of individuals and local governments.

Patrick Henry was adamant about the importance of preserving the militia. Henry stated, “The militia, sir, is our ultimate safety. We can have no security without it.” Likewise, Elbridge Gerry concurred when he proclaimed, “What, sir, is the use of a militia? It is to prevent the establishment of a standing army, the bane of liberty… Whenever government means to invade the rights and the liberties of the people, they always attempt to destroy the militia, in order to raise an army upon their ruins.”

These men foresaw the threat to republicanism by powerful men with military authority. And given George Washington’s ability to suppress the Newburgh mutiny in 1783, the concerns they expressed were well-founded. The fear of a standing army under a centralized government was logical and justified. Unfortunately, the creation of a standing army succeeded and militias slowly faded into irrelevancy.

Today, many Americans believe militias are unnecessary because we have a standing army and national guards (as if they are not one in the same). This brings me to the armed stand-off between the federal government and Cliven Bundy. This incident underscores, all too well, the need for resurgences of the militias.

The 2nd Amendment is the only real defense against an abusive, tyrannical government. When the Bureau of Land Management (BLM) attempted to seize Bundy’s cattle over a land rights dispute, the only recourse the Bundy family had to protect their property was to arm themselves against the government’s intrusion. However, Bundy and those with him were no match for the armed might of the federal government. To help defend against this act of government aggression, militia men from neighboring states joined with the ranchers in order to protect their lives, liberties, and property.

Sadly, by the time this drama came to an end, government agents executed one rancher and members of the Bundy family were taken into federal custody. Those who believe the ranchers were in the wrong should take note of Judge Gloria Navarro’s statement throwing the case out of a federal court. Judge Navarro delivered a blistering indictment of the government’s actions throughout this ordeal.

In her opinion, Navarro said the government acted “reckless(ly)” and with “flagrant” disregard for constitutional boundaries. She cited the withholding of federal records regarding government surveillance tactics, sniper positioning around the Bundy ranch, misconduct of BLM agents, and government transcripts stating that the Bundys did not pose a “threat.” Judge Navarro then blasted the government for “lying” in order to cover-up its activities,. There is no greater modern day example for the necessity of the militia than the government’s transgression against the Bundy ranch.

Allow me to return us to the past once again. In Federalist No. 46, Madison sought to alleviate the fears of a standing army. Addressing these concerns he wrote, “Let a regular army , fully equal to the resources of the country, be formed; and let it be entirely at the devotion of the federal government; still it would not be going too far to say that the State governments with the people on their side would be able to repel the danger…To these would be opposed a militia amounting to nearly half a million citizens with arms in the hands…” Clearly, Madison also believed the militia would be the best defense against a tyrannical government.

Regardless of this, many Americans today disregard the need for the militia and even perpetuate the flawed argument that our national guards are the equivalent of a modern day militia. To those people I ask you, “Where was the national guard during the stand-off at the Bundy ranch, and who would have been in control of them?” The Bundy episode is proof positive that the thinking of the Founders was correct, and it highlights the need for the modern day militia.

The Founders truly understood the essence of the militia – groups of men loyal, not to a central authority, but to their families, friends, communities and state, united in the common cause of defending their rights and liberties. They knew full-well that militias would be the defensive force which would act in the best interest of the people.  Anyone who doubts the militia has a major role to play in modern day America need only read Judge Navarro’s words.

We have been witnessing increasing examples of government using its monopoly on force to oppress the rights of citizens; whether it be against a nurse attempting to protect the rights of a patient in a hospital, a teacher voicing her opposition to a superintendent’s pay raise at a public school board meeting, or ranchers fighting to protect their cattle.  It is clearly obvious that the government has become drunk on its own power. Just maybe, the militias could be a sobering reminder of exactly who is suppose to be in charge.

Hello, everyone. We have been in the midst of a state-to-state move that has been nothing short of challenging. It's lasted longer than we'd … END_OF_DOCUMENT_TOKEN_TO_BE_REPLACED

This is the 2018 Midnight Writer News Show theme song. There will be new clips in the 2019 version. Stay tuned for more! Thank you for … END_OF_DOCUMENT_TOKEN_TO_BE_REPLACED

The JFK Historical Group will host its annual conference on April 5-7, 2019 in Olney, IL. at Olney Central College. Speakers, to date, include: … END_OF_DOCUMENT_TOKEN_TO_BE_REPLACED

Regarding the audio stopping at the 9:21 mark of MWN Episode 048 - RFK Must Die - The Assassination of Bobby Kennedy..... (NOTE: For those who … END_OF_DOCUMENT_TOKEN_TO_BE_REPLACED

The 2017 theme song from the Midnight Writer News Show is now available for download, as well as for your listening pleasure. The 2018 theme will … END_OF_DOCUMENT_TOKEN_TO_BE_REPLACED

In a recent interview, Henry Kissinger advised that the United States should not rush into defeating ISIS and similar groups since it could, … END_OF_DOCUMENT_TOKEN_TO_BE_REPLACED

When David Ray Griffin first released The New Pearl Harbor in 2004, it was the premiere book to ask, as its subtitle states, "disturbing … END_OF_DOCUMENT_TOKEN_TO_BE_REPLACED

Randy Benson's documentary The Searchers (2017) is an excellent look at the early researchers and research associated with the John F. Kennedy … END_OF_DOCUMENT_TOKEN_TO_BE_REPLACED