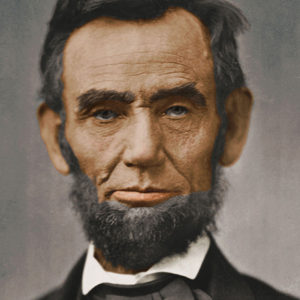 Historian and author Harold Holzer joins S.T. Patrick for a discussion on Abraham Lincoln, presidential performance, and historiography. Tonight, Holzer and Patrick cover Lincoln’s political disappointments of 1856 and 1858, the true extent of the rivalry with Stephen A Douglas, why Lincoln believed he was the man for 1860, the posthumous impact of John C. Calhoun on South Carolina as the leader of the secession movement, the challenges of the Lincoln transition, Lincoln’s relationship with his vice presidents, losing the life of a child in the White House while sending sons to war, the merits and detriments of psycho-biography, why Booth killed Lincoln, whether Holzer believes Booth was the apex of the conspiracy to murder Lincoln, the history and processes of doing presidential performance surveys, whether Lincoln and Washington are a true two-man race for “greatest president,” the challenges of doing presidential performance surveys, whether Trump should rank near the bottom of such surveys, presidential relationships with the media (good, bad, and ugly), and so much more!

Harold Holzer, who can be found at HaroldHolzer.com, is the winner of The 2015 Gilder-Lehrman Lincoln Prize and is one of the country’s leading authorities on Abraham Lincoln and the political culture of the Civil War era. A prolific writer and lecturer, and frequent guest on television, Holzer served for six years (2010–2016) as Chairman of the Lincoln Bicentennial Foundation. For the previous 10 years he co-chaired the U. S. Abraham Lincoln Bicentennial Commission (ALBC), appointed by President Clinton. President Bush awarded Holzer the National Humanities Medal in 2008. And in 2013, Holzer wrote an essay on Lincoln for the official program at the re-inauguration of President Obama. He is now co-chairman of The Lincoln Forum. Holzer has authored, coauthored, or edited 54 books. His newest book is The Presidents vs. The Press: The Endless Battle Between the White House and the Media – From the Founding Fathers to “Fake News.” It is available from Dutton, an imprint of Penguin Random House. Harold Holzer has also authored or edited such important works as Lincoln and the Power of the Press, Lincoln President-Elect, Lincoln at Cooper Union, President Lincoln Assassinated!!, and Emancipating Lincoln.

This is the 2018 Midnight Writer News Show theme song. There will be new clips in the 2019 version. Stay tuned for more! Thank you for … END_OF_DOCUMENT_TOKEN_TO_BE_REPLACED

The JFK Historical Group will host its annual conference on April 5-7, 2019 in Olney, IL. at Olney Central College. Speakers, to date, include: … END_OF_DOCUMENT_TOKEN_TO_BE_REPLACED

Regarding the audio stopping at the 9:21 mark of MWN Episode 048 - RFK Must Die - The Assassination of Bobby Kennedy..... (NOTE: For those who … END_OF_DOCUMENT_TOKEN_TO_BE_REPLACED

The 2017 theme song from the Midnight Writer News Show is now available for download, as well as for your listening pleasure. The 2018 theme will … END_OF_DOCUMENT_TOKEN_TO_BE_REPLACED

In a recent interview, Henry Kissinger advised that the United States should not rush into defeating ISIS and similar groups since it could, … END_OF_DOCUMENT_TOKEN_TO_BE_REPLACED

When David Ray Griffin first released The New Pearl Harbor in 2004, it was the premiere book to ask, as its subtitle states, "disturbing … END_OF_DOCUMENT_TOKEN_TO_BE_REPLACED

Randy Benson's documentary The Searchers (2017) is an excellent look at the early researchers and research associated with the John F. Kennedy … END_OF_DOCUMENT_TOKEN_TO_BE_REPLACED