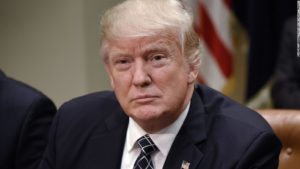 After thirty years without significant tax reform, the Republicans have an opportunity to implement their vision for a bold new tax policy. True to his braggadocios and bombastic style of showmanship, Donald Trump has promised that this plan will prove to be “the biggest tax cut in history!”  As if on cue, the Democrats have already resorted to their default rhetoric of “tax cuts for the wealthy”, the “shafting of the middle class,” and “this plan only helps millionaires and billionaires.”  Note to Democrats: these worn out recycled catch phrases have become old and stale.

Although I am no fan of President Trump, I do try my best to remain fair – especially since the Democrats, mainstream media, and establishment Republicans spend every waking minute hell-bent on destroying his presidency.

Democrats need to end their over-dramatic class warfare rhetoric and incessant lying. Yes, due to the progressive structure of our tax system, those in higher income brackets will also benefit from the proposed tax cuts. The key word there is “also”. But Democrats act as if millions of middle class individuals, families, and small business owners will not greatly benefit from the doubling of standard deductions, increasing the child tax credit, and the restructuring of tax brackets and business taxes.

The competitiveness of a 20% corporate tax rate is a pro-growth strategy aimed at growing American businesses and investment, increasing employment, and raising wages. The small business tax rate of 25% will dramatically affect small business owners since eight out of ten small businesses are structured as some form of a pass-through entity such as an LLC, S-corp, C-corp, etc.  This means their income will no longer be taxed at the individual’s tax brackets (which often reaches the 39.6% bracket), but instead at the much lower 25% rate. These changes will be a boon for profit growth and hiring, as well as an increase in real wages. Eliminating the alternative minimum tax is not only fair but completely justifiable.

As for the Democrats endless whining that eliminating the estate tax (the “death tax”) is nothing but a gift to the wealthy, a more frivolous talking point could not be regurgitated. Anyone wealthy enough to trigger the estate tax often avoids paying it by utilizing trust funds and other loopholes.

However, a fact Democrats conveniently ignore is how the estate tax destroys struggling farmers who end up taxed on the assessed profitable production value of their land and equipment – even if such land and equipment is not being used to produce a profit. Never mind that these people have already paid taxes their entire lives, now they are expected to pay taxes even in death. Eliminating the estate tax is not only fair; it is morally correct. Meanwhile, the proposed tax plan put forth by Democrats increases the tax burden while adding trillions of dollars to the debt and deficits. Only Democrats could develop a tax plan in today’s environment that raises both taxes and spending – and then claim that theirs is a better path forward. This brings us to the boldness of the Republican plan.

Absent all of the Trump/GOP hoo-rah over their bold new tax reforms, their plan is far from inspiring.  If this is the best Republicans can muster…woe for the republic! To begin with, the plan eliminates student loan interest, medical expenses, and mortgage interest deductions on loans above $500k.  Considering that years, and even decades, of government interference in the student loan, housing, and healthcare markets have caused considerate financial hardship for Americans across the country, the elimination of these deductions is a GOP slap in the face to millions of taxpayers. The elimination of state income tax deductions hurts those in high income tax states like California and New York. I will admit, I am personally fine with that. Let the people of these states finally confront their state lawmakers’ abusive tax policies or continue to suffer the consequences of excessively high taxation.

For all the talk of boldness out of Trump and the Republicans, their reform plan appears to be anything but that. On a scale of 1 to 10 – 10 being bold and 1 being, well, not bold at all – the Trump/GOP plan is around a five. It is as if the word bold means one thing to the President and Republican Party and another thing to the voters.

A truly bold tax plans looks more like this: three tax brackets of 10%, 15%, and 18%; a short-term capital gains rate of 12% and a long-term capital gains rate of 10%; a corporate tax rate of 15% with an 8% tax rate on overseas profits brought back into the U.S.; a small and mid-sized business tax rate of 12% with a full business tax exemption for the first two consecutive years in business; full deductions for employers who offer employer based health insurance plans; unlimited tax deductions for contributions to health savings accounts, IRAs, and “529” college savings plans; full deductions of existing student loan debt; full deductions on mortgage interest; unlimited deductions on charitable giving; elimination of the alternative minimum tax and the estate tax. That is more in line with how a bold tax plan should look.

Sadly, the argument against such a plan (from Democrats and Republicans alike) always seems to boil down to, “how are we going to pay for these cuts?!” We know this to be the case because that argument is being made already with only an average tax reform plan on the table. But let us consider for a moment what that question is really asking. Put another way it could easily be phrased, “how do we afford allowing people to keep more of the money they have already earned while we continue to spend?” It is a question so nonsensical that you have to be either a politician or completely clueless in order to understand it. The answer, of course, is so simplistic that it almost feels ridiculous to say it out loud – “Stop Spending!”

America is over $20 trillion in debt. That number explodes past that amount when you take unfunded liabilities like Social Security, Medicare, and Medicaid into account. “How do we pay for it?” We begin by privatizing government functions and entities that lose billions of dollars annually: the Postal Service, Amtrak, etc. Next, privatize the pathetically underperforming TSA. Eliminate the Department of Education and put education back in the hands of the states where it belongs.  Drastically reduce the size of abusive government agencies (such as the IRS and EPA) which routinely operate beyond their constitutional authority. Follow this by ending government subsidies to profitable special interest groups like Big Oil, Big Sugar, Big Agriculture, Big Tobacco, and Big Pharma. Finally, re-establish a work requirement for welfare assistance and end all welfare aid for non-U.S. Citizens. Last but not least, stop the hemorrhaging of tax dollars on wasteful pork barrel projects, duplicitous federal job training programs, and endless un-winnable military engagements around the globe.

All of those things would be a good start, but that start alone would “pay” for tax cuts fifty times over. Implementing those cuts is not the problem. The real problem lies in the fact that politicians on both sides have no desire whatsoever to shrink the size and scope of government and curb its reckless and excessive spending problem. Keeping that in mind, no matter how bold a tax reform plan claims to be, major cuts to spending must be a key priority of any plan if we honestly seek to put America’s economy back on a track towards maximizing its full potential. Real reforms go a long way; rhetoric does not. If Trump and the GOP seriously believe that their tax plan embodies the meaning of the word “boldness,” the Republican voters better get use to accepting bland as the new bold.

This is the 2018 Midnight Writer News Show theme song. There will be new clips in the 2019 version. Stay tuned for more! Thank you for … END_OF_DOCUMENT_TOKEN_TO_BE_REPLACED

The JFK Historical Group will host its annual conference on April 5-7, 2019 in Olney, IL. at Olney Central College. Speakers, to date, include: … END_OF_DOCUMENT_TOKEN_TO_BE_REPLACED

Regarding the audio stopping at the 9:21 mark of MWN Episode 048 - RFK Must Die - The Assassination of Bobby Kennedy..... (NOTE: For those who … END_OF_DOCUMENT_TOKEN_TO_BE_REPLACED

The 2017 theme song from the Midnight Writer News Show is now available for download, as well as for your listening pleasure. The 2018 theme will … END_OF_DOCUMENT_TOKEN_TO_BE_REPLACED

In a recent interview, Henry Kissinger advised that the United States should not rush into defeating ISIS and similar groups since it could, … END_OF_DOCUMENT_TOKEN_TO_BE_REPLACED

When David Ray Griffin first released The New Pearl Harbor in 2004, it was the premiere book to ask, as its subtitle states, "disturbing … END_OF_DOCUMENT_TOKEN_TO_BE_REPLACED

Randy Benson's documentary The Searchers (2017) is an excellent look at the early researchers and research associated with the John F. Kennedy … END_OF_DOCUMENT_TOKEN_TO_BE_REPLACED